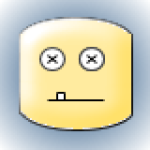 @jess active 8 months, 3 weeks ago
Boycott the next World Cup in Qatar? So many people have died building the stadiums, let alone the abuse and neglect of workers and their human rights, yet there is little in the way of public commendation. Why? View