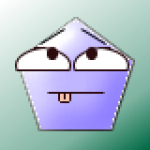 @bosworth active 7 months, 2 weeks ago
Caster Semenya. Just wondering what people’s views are on this? My initial view is that it is (rightly) widely accepted that there should be certain categorisations in organised sport – male / female; age; physical disability. That being the case, there does need to be some method of policing this. There are no eyebrows raised when arguments over categorisation of a particular disability arises in the Paralympics – we expect that to be carefully scrutinised. we would not object to someone wanting to compete e.g as a U20, to prove their age. So why would we object to someone wanting to compete as a female to demonstrably fit into that category? the difficulty for me is that, having listened on R4 to an expert (albeit one who had been hired by Semenya), testosterone levels are […] View